Infinity will publish books in difense of sound Christian Doctrine, in line with traditional Apologetics active since the early church.

You can buy our books on Amazon or directly from us – infinitybooksmalta@yahoo.com 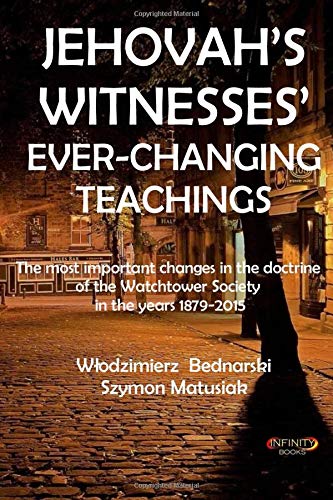 This book will guide the diligent reader through all the changes in the doctrine of the Watchtower Society, the leading body of the Jehovah’s Witnesses, from its birth up until a few years ago. I thank God for the privilege to publish this book, which, we here at Infinity believe will be a blessing and will open the eyes of many.

Two scholars, a Roman Catholic and an Evangelical, the latter a former Jehovah’s Witness, are behind this great book. 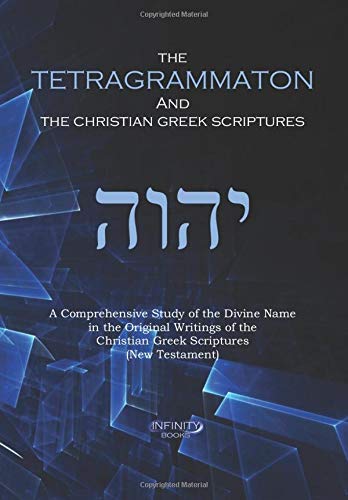 THE TETRAGRAMMATON, A Comprehensive Study of the Divine Name

is a book written by a former Jehovah’s witness and deals with the delicate topic of the inclusion of Jehovah in the translation of the New Testament. 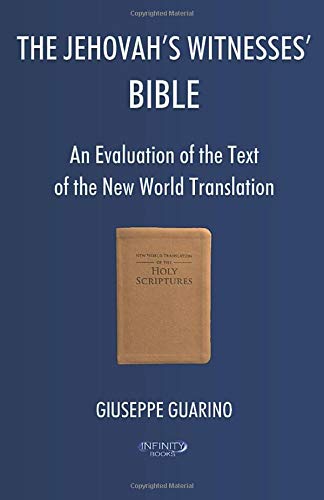 THE JEHOVAH’S WITNESSES’ BIBLE, An Evaluation of the Text of the New World Translation by Giuseppe Guarino

The New World Translation (NWT) is the official translation of the Bible released by the Watch Tower, the Jehovah Witnesses’ Directive Body. It’s first English edition was presented to the public in 1950. The latest updated edition is the 2013’s, now available online. It is a very peculiar version of the Bible. In this book I will direct the readers’ attention to the evident mistakes that make of the NWT a unique literary phenomenon among the various attempts of translating the Bible. These mistakes are so many and so misleading on certain specific doctrines that I cannot help but wonder if we are looking instead of a translation at a deliberate attempt to manipulate the text of the Scripture. This the readers will judge by themselves.Giuseppe Guarino has written many books related to the original languages of the Bible, including a Biblical Greek manual. Visit his website for updates giuseppeguarino.com 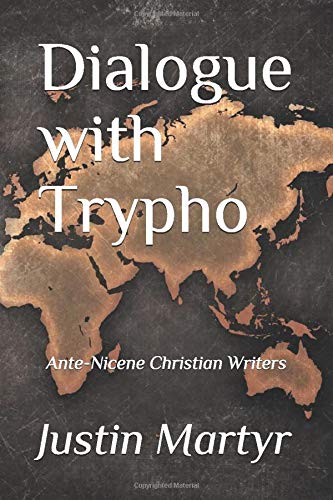 DIALOGUE WITH TRYPHO, by Justin Martyr

JUSTIN lived in the second century AD. He was an educated Christian defending his faith from both Jews and Gentiles. In this very interesting books he argues the Christian doctrine with a Jew, showing a very deep knowledge of the Old Testament. Justin was a Gentile. His personal quest for Truth, after approaching Greek philosophy, leads him to the person of Jesus. It is commonly believed that he travelled to Ephesus and that later he resided in Rome.His personal witness to true philosophy found in the faith of Jesus Christ climaxed in his martyrdom.I am sure his writings will be a blessing and an encouragement for today’s Church, but also a source of teachings on Christian doctrine. 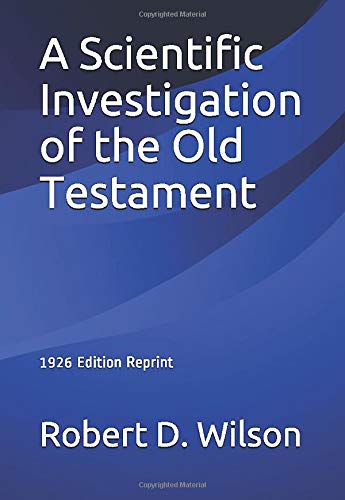 A SCIENTIFIC INVESTIGATION OF THE OLD TESTAMENT by Robert D. Wilson.

Few scholars can boast credentials like Robert Dick Wilson. In this masterpiece, first published in 1926, he discusses the authenticity of the Old Testament in a unique and authoritative way. Wilson knew over 45 languages, which gave him direct access to most of the ancient documentations. He was born February 4, 1856. He graduated at the age of 20 from Princeton University. Then again at the Humboldt University of Berlin. He was a professor at the Western Theological Seminary, at Princeton Theological Seminary and at Westminster Theological Seminary. He died October 11, 1930.His books are outstanding. They must be cherished as a valuable contribution to the cause of the defense of the authenticity and reliability of the Bible.