This is Infinity’s Collection of Classics Reprints. Click on the covers to go to Amazon and know more about the details of the book you are interested in or buy it. You can also buy your books via email info@infinitybooksmalta.com. 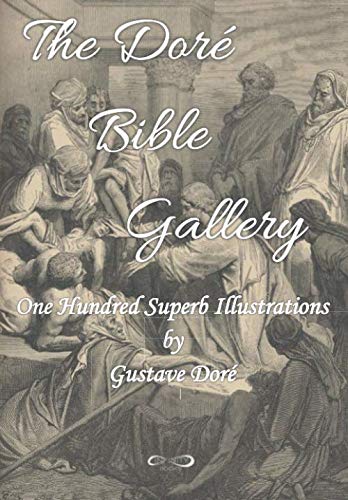 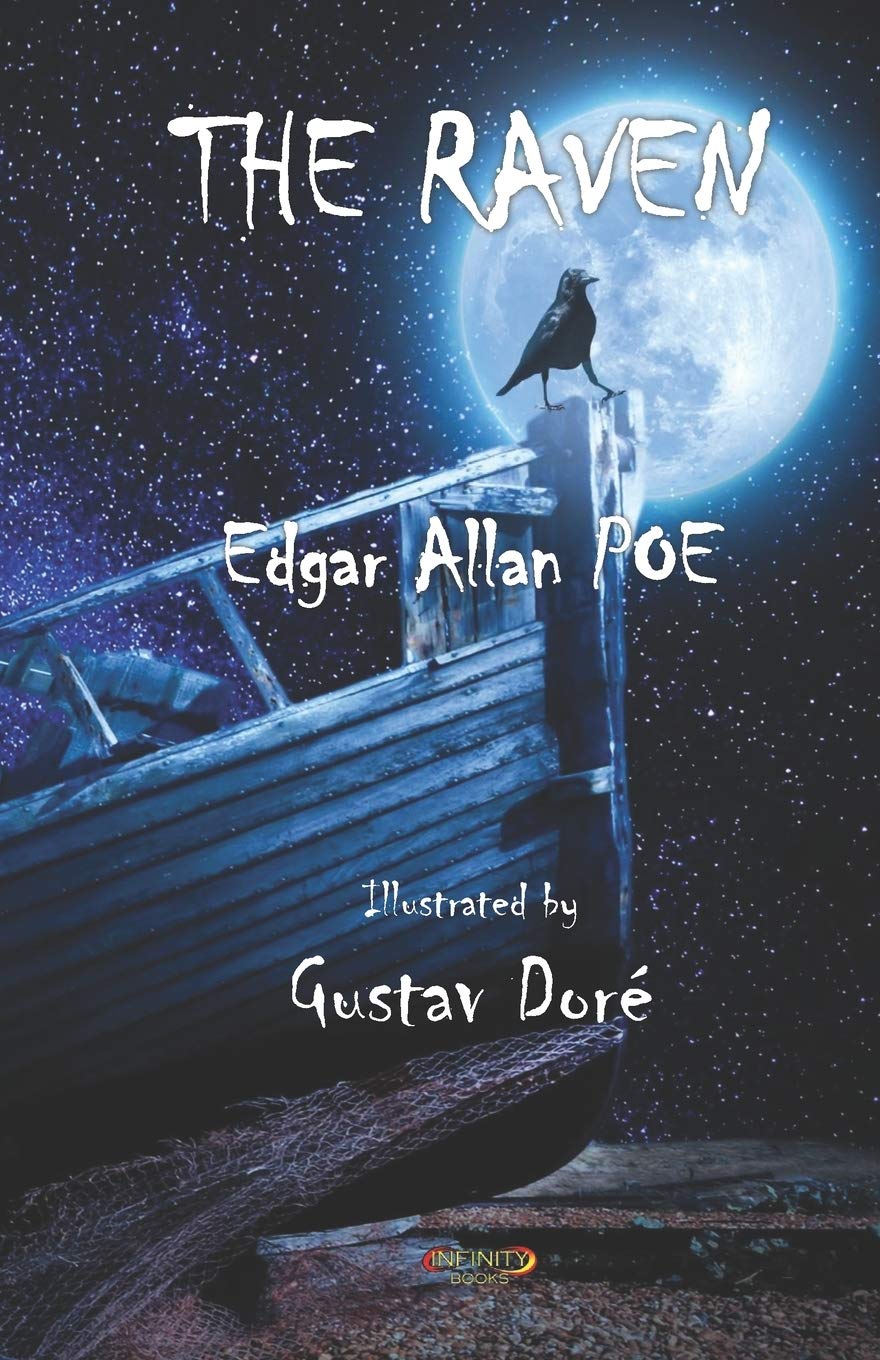 THE RAVEN by E. A. Poe Illustrated by Gustave Doré

A wonderful edition of the famous poem illustrated by master Gustave Dorè. 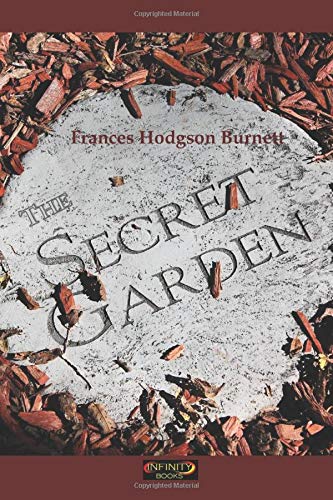 The Secret Garden is a 1911 children’s novel by the Anglo-American writer Frances Hodgson Burnett, author of The Little Lord and The Little Princess. The novel tells the story of the maturation of two children, Mary and Colin, thanks to the care they provide to a secret garden, a garden surrounded by walls that years before had been the scene of a serious accident, as a result of which access to the garden had been made Impossible

THE PICTURE OF DORIAN GRAY by Oscar Wilde

The story takes place in the 19th-century London, a period of history where bourgeois mentality was preferred. It is the story of a good-looking young man, Dorian. Basil Hallward is a painter that will make him aware of his beauty, creating his own portrait. In the painter’s studio, Dorian also meets another man, Wotton, who will lead him to think that his beauty is destined to end, while that of the painting will last forever. From here Dorian Gray will come to make a pact with the devil, a pact of eternal youth. He will always be young and beautiful, while the picture will undergo the signs of time…A timeless masterpiece by controversial genius author Oscar Wilde. 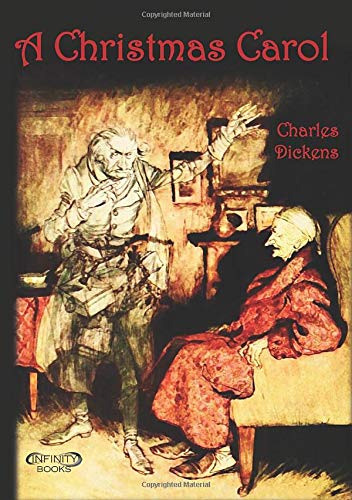 A CHRISTMAS CAROL by C. DICKENS

Ebenezer Scrooge thinks only of how to make money, not caring for others, or even himself, so much so that he himself dresses in rags. He hates Christmas and considers it a waste of time and money. On a particular Christmas Eve, the spirit of his late partner appears to him announcing three other spirits: the spirit of Christmas past, present and future. Will the events Scrooge is about to witness melt his icy heart?A Christmas Carol is a masterpiece written by Charles Dickens.This edition has the classic illustrations of the story by Arthur Rackham. 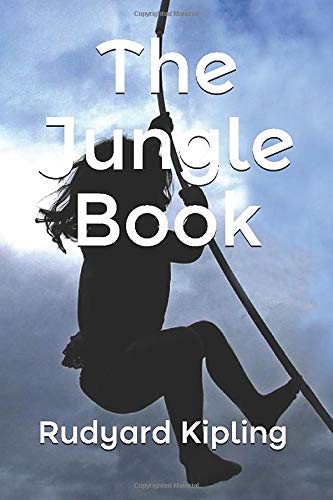 THE JOUNGLE BOOK by R. KIPLING

The Jungle Book written by Rudyard Kipling is a story of a boy “Mowgli”, who is raised in the jungle by wolves. The story are set in a forest in India. Most of the characters are animals such as Shere Khan the tiger, Baloo the bear and Bagheera the panther. This story teach respect for authority, obedience, and knowing one’s place in society with “the law of the jungle”, but the stories also illustrate the freedom to move between different worlds, such as when Mowgli moves between the jungle and the village.

The famous tragedy written by Shakespeare around 1600. Plain text. 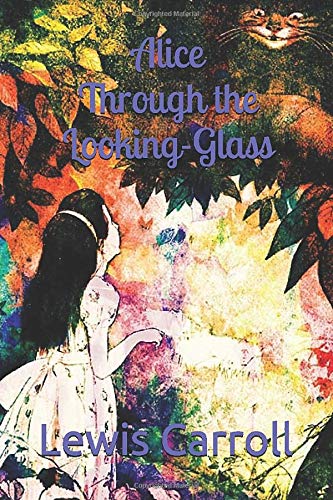 ALICE THROUGH THE LOOKING GLASS by L. CARROLL

“Alice Through the Looking-Glass“ written by Lewis Carroll is the sequel of the “Alice in Wonderland”. It is the crazy story of a young girl that again enters a fantastical world through a mirror. There she finds out that, just like a reflection, everything is reversed, including logic.This book is a must in every home. Every child should read it. 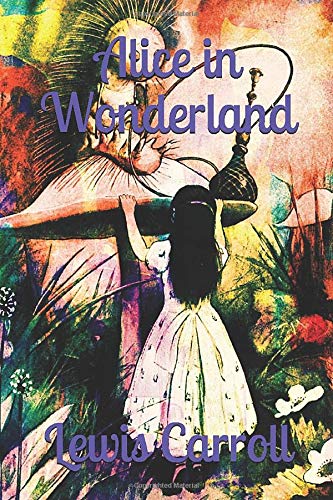 ALICE IN WONDERLAND by L. CARROLL

This is a reprint of the famous classic novel “Alice in Wonderland“ written by Lewis Carroll. It is the crazy story of a young girl named Alice falling through a rabbit hole into a fantasy world populated by peculiar, anthropomorphic creatures.This book is a must in every home. Every child should read it. 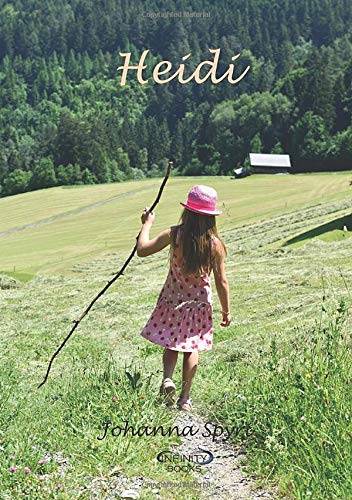 Heidi is the most famous children’s fiction written by Johanna Spyri. Heidi is an orphaned girl entrusted to her paternal grandfather, who lives on the Swiss’ mountains. Little Heidi manages to make herself loved by everyone there in her new home. But something will disturb her happiness, when she is taken to a townhouse, in Frankfurt. 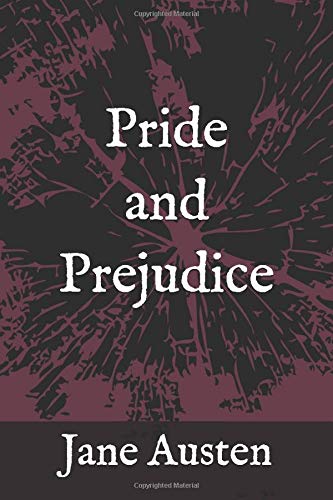 Pride and Prejudice by Jane Austen is a wonderful novel by Jane Austen published in the early nineteenth century. The protagonist is Elizabeth Bennet and the theme her growth to learn how to appreciate the essential of people, their value beyond the appearance. The value of the novel is also in the quality of the authoress ability to describe in detail manners, education, marriage and money during the Regency era in Britain. Jane Austen was an English novelist of extraordinary ability and unique descriptive skills. Infinity will reprint all her major works. 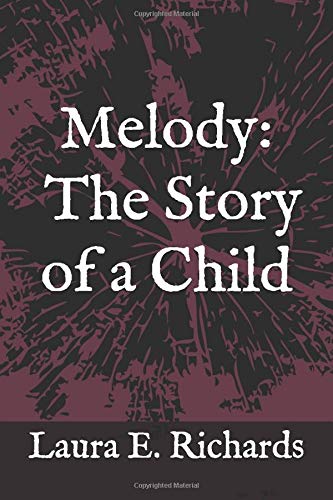 Melody: The Story of a Child by Laura E. Richards.

How do we use the gifts we have been given? Melody, a young blind girl, has a great gift. Miraculously saved from charred rubble, Melody changes the lives of an entire community as well as her greedy captors! When a covetous stranger wants to use her for his own gain, what will Melody and her family do? Follow Melody and those who love her as they triumph over sorrow and greed. This dramatic story is truly inspiring!

The Author. Laura Elizabeth Howe was born in Boston, Massachusetts, on February 27, 1850. In 1871 Laura married Henry Richards, hence her last name on books. She wrote more than 90 books including biographies, poetry, and several for children. 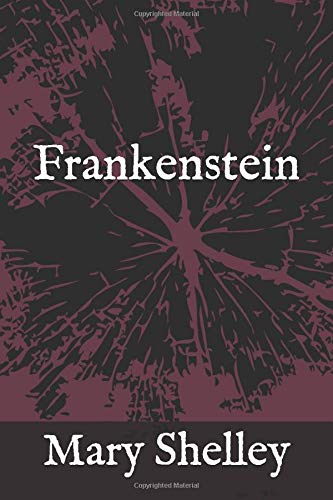 In Shelley’s Gothic story, Victor Frankenstein builds the creature in his laboratory through an ambiguous method consisting of chemistry and alchemy. Shelley describes the monster as 8-foot-tall (2.4 m) and hideously ugly, but sensitive and emotional. The monster attempts to fit into human society but is shunned, which leads him to seek revenge against Frankenstein. 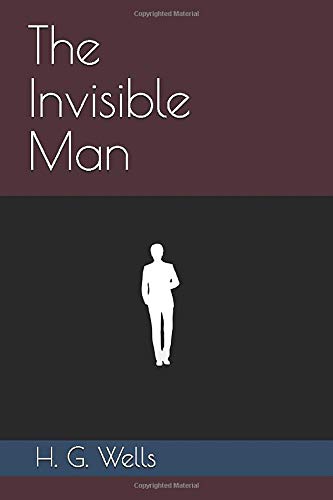 The Invisible Man by H.G.Wells 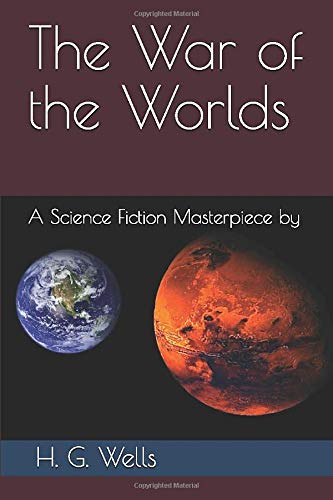 The War of the Worlds by H.G.Wells

This is a reprint of the masterpiece novel by science fiction pioneer H. G. Wells. It was originally written between 1895 and 1897 and published in magazines at first, and then as a book. This story has been radio dramatized and put on film. It has inspired movies and writers over more than a century now. 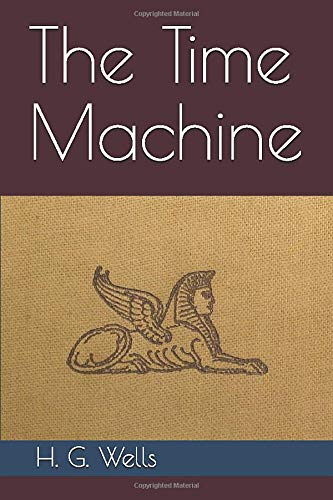 The Time Machine by H.G.Wells

The Time Machine was originally published in 1895. It is a science fiction novel based on time travelling. It has inspired films and other stories ever since it was published. H.G. Wells was a man ahead of his time, Einstein’s theory of relativity and its revolutionary concept of time would be released decades after this book. 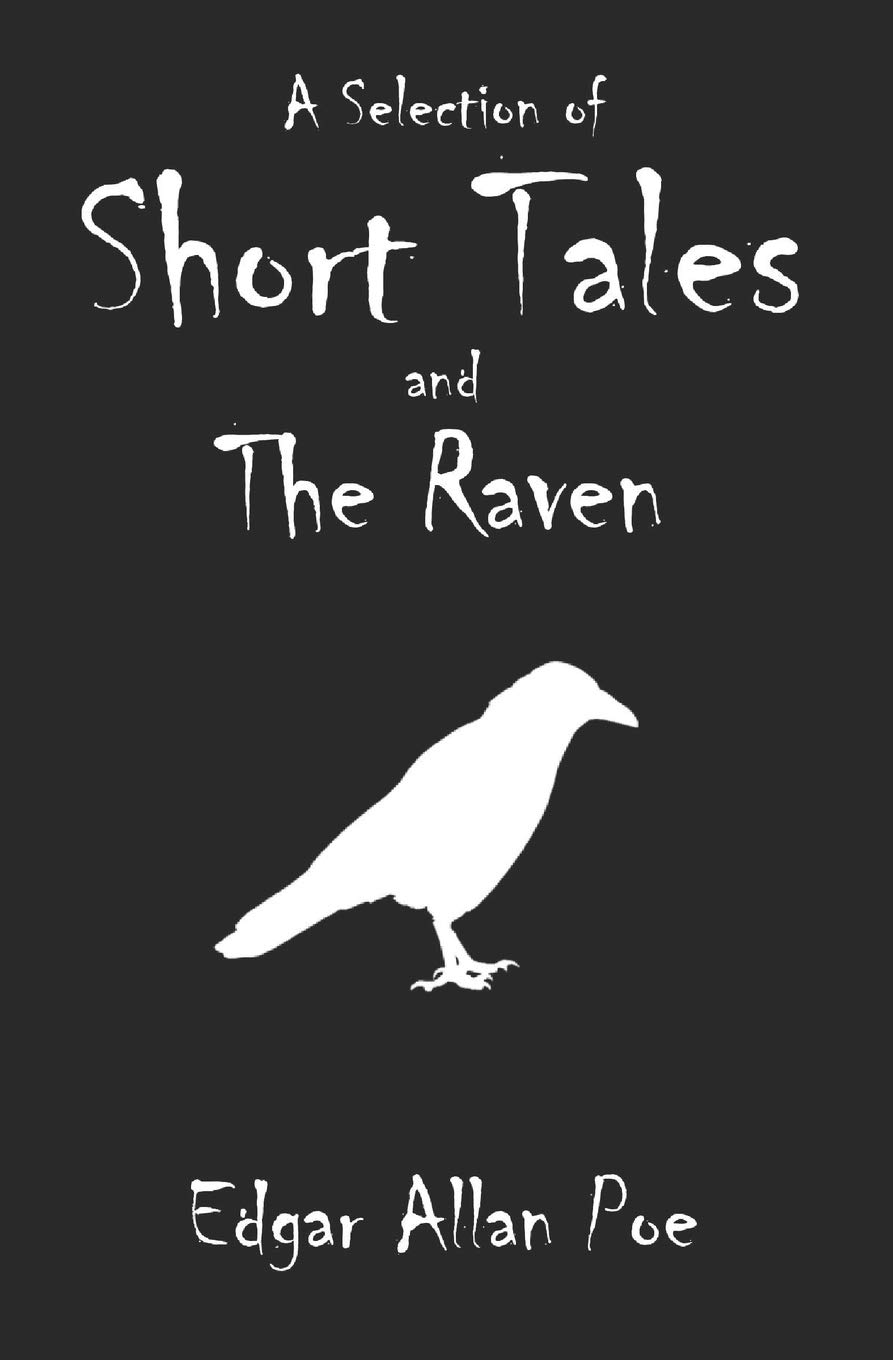 My father had a huge library in his private studio. It was literally packed with books of every genre and level of education. It was there where, among the other many books I read, I discovered Edgar Allan Poe’s stories. I always dreamed of editing these stories, collect those I liked in a book. Now I am doing this and I hope it will please the casual readers as much as it pleases me. Giuseppe Guarino