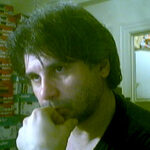 Tiberiu Dianu (born in 1961) is a native of Romania and a United States citizen. He holds degrees and diplomas from universities in Bucharest (Romania), Strasbourg (France), Oxford and Manchester (United Kingdom), and the American University Washington College of Law in Washington, DC (United States). He has pursued doctoral studies at the universities of Bucharest (Romania) and University of Maryland at College Park (United States).

He is a prolific author. His books have been published by various publishers worldwide.

This is his first book with Infinity, which we are honored to present to our readers. You can buy it worldwide on Amazon (links below) or directly from us – email (infinitybooksmalta@yahoo.com) or Whatsapp +356 99532366
The book is a collection of essays about the transformation of America, which has turned from a united nation to one more divided than ever. Some pundits predict that, if things don’t change, another civil war could occur. Have we reached a point of no return? Hopefully, America is mature enough to learn from its mistakes and avoid further scars along its evolving history.
Paperback: www.amazon.com/dp/9918951702
e-book: www.amazon.com/dp/B08P8Z46M2